Northern Cyprus extends from the tip of the Karpass Peninsula in the northeast to Morphou Bay in the west. A buffer zone under the control of the United Nations stretches between Northern Cyprus and the rest of the island and divides Nicosia, the island's largest city and capital of both sides. 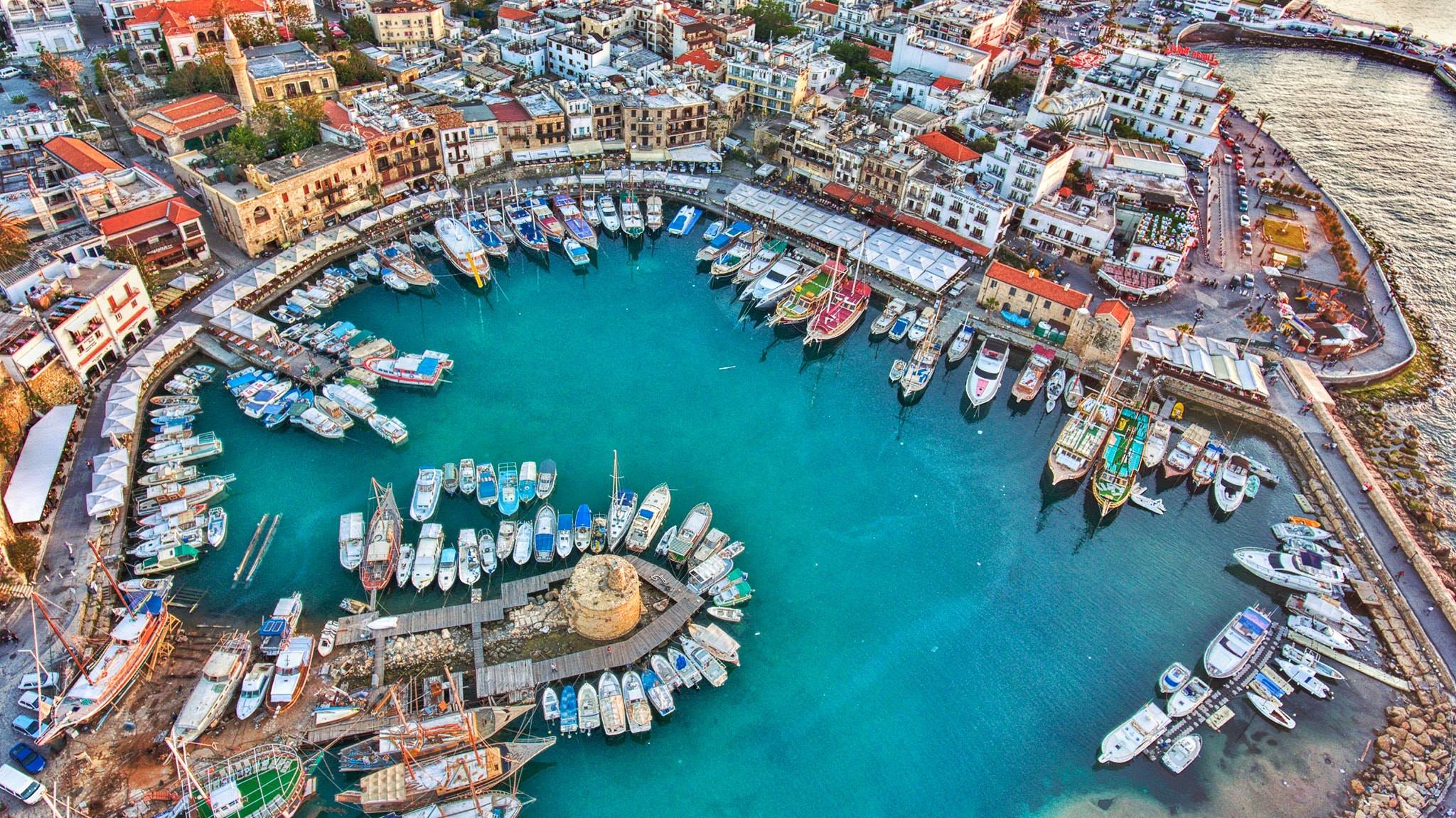 Kyrenia, the touristic capital of North Cyprus, with its lovely old harbour and historical artefacts, should not be missed while on the island.

It’s a great opportunity as well to witness two of three mountain castles in North Cyprus, St Hilarion and Buffavento, historic fortresses that once defended the northern coast from invaders, but have now fallen romantically into ruins, providing the perfect view points from which helps to understand just how marvellous this part of the world is. And with Bellapais Abbey as well as multiple churches and mosques also bearing witness to the rich history that has passed through Kyrenia, there is no doubting that those looking for a window to the past will certainly find one here.

Although undeniably beautiful and simply full of rich history, Kyrenia is more than just a museum of ancient wonders. The miles of sun kissed sandy beaches as well as shops, bazaars, restaurants and bars create the perfect atmosphere for a modern holiday with every amenity you could wish for - including casinos!

Other popular resort locations in North Cyprus are Famagusta and Guzelyurt, whilst most distant getaway is Karpaz.

The language spoken in North Cyprus is Turkish, however vast majority of Cypriots speaks English.

In general, winters are relatively wet and mild with rains between October and April. The temperatures range between 8C to 18C during the day. May April and May are getting mostly green and bright due to lots of wildflowers. June, July, August and almost all of September are hot with top temperatures of around 38C plus coming down to 30-32C at night. The sea stays comfortably warm till mid October with water temperatures being very pleasant while the new season opens in late April-May.

The currency in North Cyprus is Turkish Lira. Most local businesses including supermarkets will happily accept their bills to be paid in UK Sterling, Euros and Dollars. There are many exchange offices and it makes no problem to exchange the money. International and UK Credit and Debit cards are widely accepted and used in most cases. Please to avoid blockage of your card do inform your bank that you are planning to travel.

Driving in North Cyprus is on the left-hand side of the road. Please bring both parts of your full UK licence with you to be able to hire a car, remember, to hire and drive a rented car the age limit is set to 25 years old. When driving a hired car all valid documents (driving licence, insurance, rental agreement) should be present at all times. When stopped by the police, everyone is treated kindly and friendly but dangerous driving and driving under the influence of drink and/or drugs,will not be accepted, resulting in significant fines. Regarding parking there are plenty of car parks with minor charge implied, especially, in central locations. Other than that, most park places will be free.

There is an option to fly into North Cyprus Airport called Ercan (ECN) or land in South Cyprus Larnaca (LCA) airport and cross the borded between two communities on taxi. Both options are equally good. Whether you choose to arrive on a flight to Larnaca airport or Ercan airport, you can let us know in advance and we will book a taxi transfer direct to your North Cyprus villa. In both cases your taxi driver will be waiting in the airport arrivals hall, with an exception of crossing the border with North Cyprus if you prefer to fly into Larnaca airport (no charge, not extra time, in most cases no leaving the car few minute standard passport control procedure at the borded). The taxi driver is going to help you with the brief passport formalities required by customs officers.

If you arrive at Larnaca airport, it is possible to hire a car and drive into North Cyprus. However, you must advise your car rental firm that you intend to drive the car in North Cyprus, and you must also buy additional insurance at the border. The disadvantage of this insurance is that it is only third party. We recommend to book a taxi transfer from Larnaca airport directly to your villa, and then have a rental car delivered to your doorstep, along with full insurance and 24/7 breakdown assistance included!

Your holiday starts here. Remember to book a timely and friendly airport to villa private taxi transfer, when you book your Cyprus villa for your one of a kind holiday in North Cyprus.